Dear Guardian, RE: "Know the score"

On Saturday, November 14th throngs of pro-Trump protesters filled the streets of downtown Washington, D.C. Convinced of massive voter fraud and emboldened by now-dismissed lawsuits brought by the president’s legal team, the crowds descending on the U.S. capital included a large presence of the hate group “The Proud Boys”. Footage of one proud boy initiation in a D.C. park shows a group of white men pummelling an initiate who shouts popular cereal brands in response. An initiator prompts him to declare, “I am a western chauvinist and I refuse to apologize for creating the modern world,”.

I wish that I could say I was surprised by this myopic ideology so proudly and publicly expressed. As a Washington D.C. resident, I was alarmed. As a music educator and consumer of classical music journalism, however, this unabashed declaration was all too familiar. While incidents of this kind appear extreme and spark outrage in liberal media such as The Guardian, they are connected with more subtle but nevertheless damaging manifestations of white supremacy in the cultural sphere.

The Guardian’s classical music series “Know the Score” perfectly expresses the unquestioned white supremacy and patriarchy in classical music of which many, like myself, have grown so incredibly weary. The latest in the series “Richard Strauss: where to start with his music” is the 20th article in the series and also the 20th white male composer to be featured. The myth that no historical women or BBIA/BAME composers existed has been repeatedly debunked. Yet, The Guardian’s series has chosen to continue the destructive and incredibly limiting narrative that only white men composers are worthy of being entered into the classical canon. Only white men composers are appropriate when initiating new members to classical music fandom. I’d venture to say most Proud Boys would agree. But to most leading scholars in the classical music field, this idea is almost as absurd as allowing a group of strangers to pummel you while screaming out breakfast cereal brands. It would be utterly unacceptable for me, as a public school music educator to imply through misrepresentation that only white males can grow up to become composers. Music educators everywhere are rejecting harmful relics of white supremacy in their teaching. When will classical music journalism do the same? Leaders in the field of musicology have repeatedly expressed their concern about the omission of  BBIA/BAME and women composers from this series via emails and social media with little or no response from The Guardian. Like the Proud Boys on the streets of Washington D.C., it appears that The Guardian ‘refuses to apologize’ or rectify this problem. 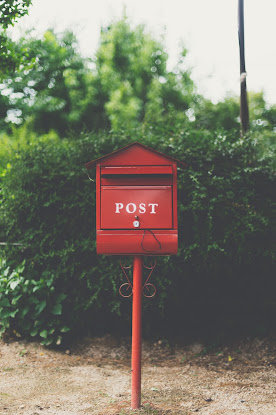 Photo by Bundo Kim on Unsplash

Popular posts from this blog

November 17, 2019
What is a composer? What does a composer look like? Where do they come from? These are some questions a teacher might ask their students in any K-5 general music classroom. But what picture do we paint for students about composer identity with the listening repertoire we expose them to? photo credit: Lucas Lenzi So many people still picture a white man in a puffy wig and maybe a ruffled shirt when they think of a ‘composer’. Are we as music educators doing enough to counteract this image? If not, what resources can help us to do so? Often, elementary listening resources are exclusively devoted to male composers or include only one or two token women composers. Our elementary learners (future musicians and arts supporters) are left to assume that there are few if any women composers in our collective canon. Many of us grew up believing this myth as well, but the good news is- it is untrue! There are many, many outstanding women composers, past and present, that we can and sh
Post a Comment
Read more